Boston’s annual auto show isn’t comparable to Detroit’s, but what does come through annually is usually a good chance to see what’s new. There has been a vast improvement with the representation since the auto bailouts but it seems that the industry is still afraid to start throwing real marketing dollars behind the traveling circus. 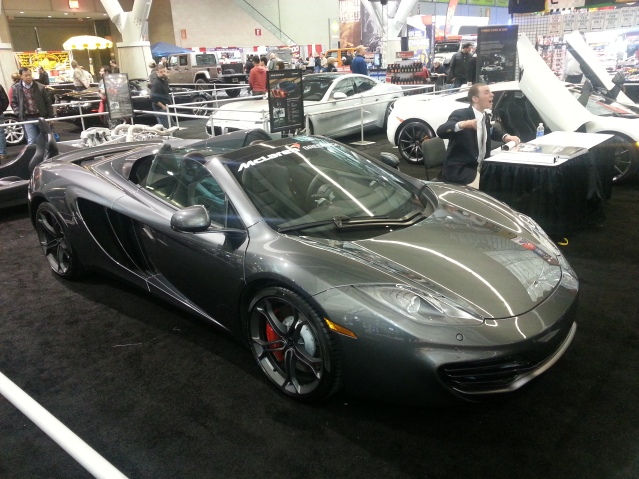 There are plenty of vehicles to sit in and lots of new knobs and screens to touch but that is about all the draw most booths have. Give-a-ways were nil, printed marketing materials required hikes to the information tables, and even the show workers seemed rather absent.

For all that seemed lacking, Kia seemed to be the only brand bringing anything to the event. Their area was littered with their human size spokes-hamsters which I saw quite a few people posing with, they had a self service driving simulation game, and game using an xBox Kinect like camera that challenged the user to see how many options they can add to their vehicle.

Why is it that the automaker selling some of the cheapest vehicles on the lot was putting the most skin in the game? (Editors note: Two Kia commercials just aired in front of me as I finished that paragraph) I wouldn’t expect champagne from the Mercedes display but something to engage the audience would be nice.

What do I really think would sell cars? Virtual test drives in simulators. If the money was spent to allow drivers to push vehicles to their absolute limits safely, that would drive people to the dealerships.